Thanks to the efforts of our local youth, Fishing Lake Métis Settlement has its own skatepark.

Our new facility began with a discussion between settlement youth and a team from Alberta Future Leaders, when they expressed a desire for their own skatepark. The group then approached Settlement Council for guidance about the process for developing one for the community. Staff member Leon Cardinal came on board to assist them.

Monies were contributed from our recreation fund to start the project and New Line Skateparks was contracted to help the group design the skatepark they wanted. The design was presented to Council in March 2016.

Fishing Lake Métis Settlement received a grant in the amount of $218,832 from the Government of Alberta Municipal Sustainability Initiative (MSI) and by September 2016 construction was underway.

You can read more about our new skatepark here. 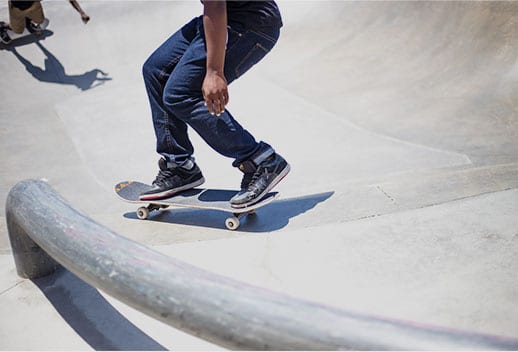